For cheap new buildings Ride in Chernihiv region, and the roads - in the Crimea 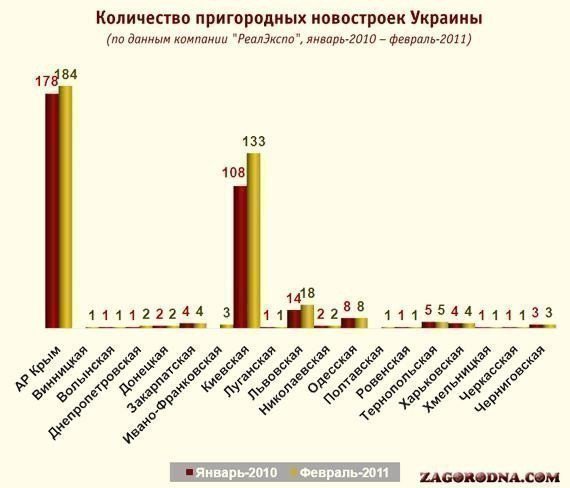 Of the 375 newly suburban Ukraine 88 new buildings were put into operation, but they still have rooms and apartments for sale, 262 new buildings are under construction and sales, 26 new buildings - proektiruyutchis-encountered.

46 frozen objects of 375 new buildings, but it is only 12.26% said that builders and developers have invested, will try to finish the construction with the shift timing of commissioning.

Victor Kovalenko said: "The minimum price for suburban buildings in Ukraine begins with $ 400 per square meter per Bobrovitsa Chernihiv region, while the maximum reaches 10,000 dollars for a" square "in an elite residential complex" Golden Beach "(Kurpaty, Crimea). 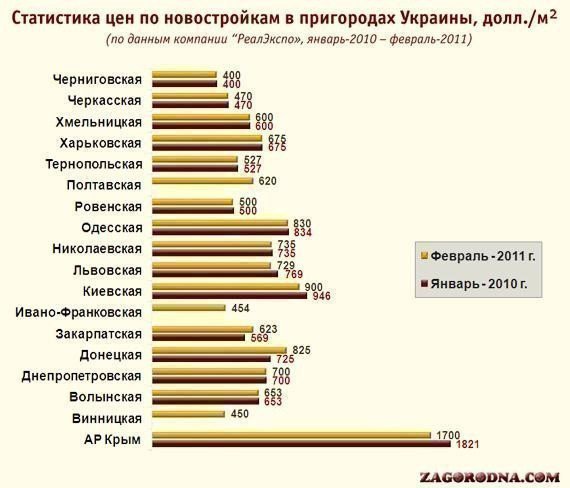 It should be noted that the mean square value decreased by 5.18% in new buildings of the Kiev region and 1.68% in the Odessa region, in the Donetsk region price increased by 13% and in the Carpathian by 9%.
Victor Kovalenko
© Protected by Law "On Copyright". Active link to the source obligatory.
www.zagorodna.com